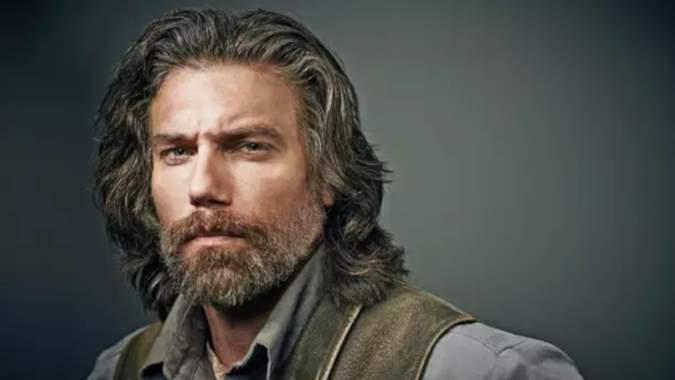 so i love Star Trek as a whole, and I grew up on the syndicated reruns of the original series (kid of the 70s, yes, I’m as old as Methuselah) and so, for me, Strange New Worlds is the first new one Star Trek show to actually contain elements of the franchise that I recognize† I mean, Spock is there! It is not Leonard Nimoy, but unfortunately he is no longer with us.

So far I quite like the show. Anson Mount is fantastic as Captain Pike, Rebecca Romjin does a fantastic job as Una, I like almost every cast I’ve seen so far and that switcheroo with Lieutenant Kirkoz was quite entertaining. But I’m still forced to admit that TNG had a point and that Captains of the Terms of Service era continue to expose itself to ridiculous amounts of danger. Pike just radiates himself in a tense state, about to turn into a war rally like it’s not a thing and man, even with the whole I know my future thing, it’s pretty crazy.

And man, Anson Mount is hot†

Food! Water! At least it was faster than I expected.

Look, it made me laugh. I’m sure it’s referring to a previous comment, but it was the first one I saw when I opened the queue and I heard it in a stentorian voice from a 50’s TV announcer and I laughed so there you go.

Also the video with the two pit bulls was really cute and while it was sad to see the puppy with her jaws closed I’m glad it turned out okay for her.

Which one of you broke WoW?

I’m pretty sure it wasn’t me because if it didn’t work for me during that several year period of trying to shrug it off, it certainly won’t now.

did anyone else just get kicked out of WoW?

Based on Boven and other commentators I’d say yes, it seems they did.

I’m kind of hoping we get an official answer as to whether or not there will be additional catch-up mechanics in 9.2.5 or season 4. I’m starting to push my many neglected alts to 60 and I don’t want a ton of resources to put them on. now if there is an easier way to do this in the next patch.

It feels like it should be because dungeons and raids get the default 26 ilevel bump in season 4, but I haven’t seen anything so far in terms of catch-up gear or world content.

Unfortunately, most of the information I’ve seen is out of date by about a month or so, going back to April, and I can’t tell you anything you probably don’t already know. It feels like they’re working on reducing RNG and streamlining things like Soulbinds and Renown, but I don’t think there are any major changes happening in the current catch-up mechanics.

The default browser in Windows 11 is ridiculous. If you don’t set it up the easy way the first time Chrome (or any browser) asks, you’ll have to do it for every single internet link type, or at least that’s how it was a few months ago when I threw it on a laptop to familiarize yourself with before deciding whether or not to roll it out. Completely unacceptable.

Q4TQ: If you’re rolling a Dracthyr Evoker, what are their professions?

Mine will be a Leatherworker/Skinner.

Right, because they carry mail. That makes sense.

I’m not going to throw one because I’m waiting for Dracthyr Warriors.

Okay, that’s the queue for today. Mitch will be back in next week MITCHAGEDDON 2: The Mitchagaloo

Or maybe he just calls it something reasonable.

As a warning, I’m also doing tomorrow’s queue so now is a good time to say I consider it an AMA format. Just ask me what, it doesn’t matter what.