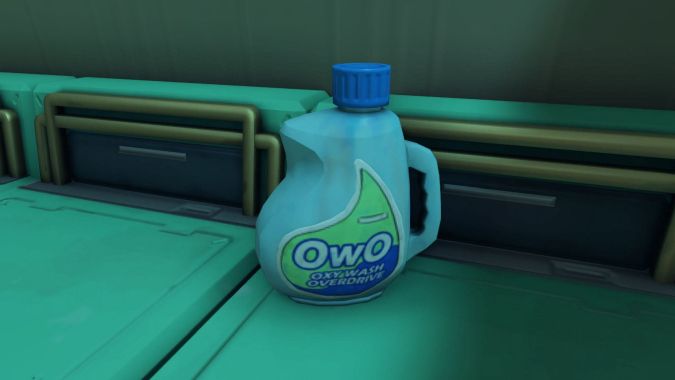 Video games are full of real life references – some are more overt, like WoWs Floyd Pinkus, while others are a little less obvious, such as a license plate on a car or artwork in the background that hints at slightly more niches. The screenshot above is from Overwatch 2s Midtown Map, and it’s kind of in the middle in terms of openness. “OwO” and “UwU” are relatively well-known online – though not ubiquitous – and to find this little bit of laundry detergent, you’ll have to go out of your way to pay attention to small details in a fast-paced, team-based shooter that also asks your attention.

But although UwU may not be rather as known as Pink Floyd, I think I still prefer the more subtle approach over the more overt. It can sometimes be hard to strike the right balance when it comes to references, and if they’re too obvious it actually takes me out of the game. On the other hand, some of that also depends on how involved the reference is.

Some games turn an entire city or environment into a parody, such as Grand Theft Auto often does – in this case, the fact that I’m playing in such a large location doesn’t so much take me out of the game, but makes me want to explore it further. (Perhaps it’s cheating a bit, though, since creating an entire city as a reference inherently involves sub-references in the buildings and businesses everywhere.)

At the end of the day, I don’t know if I really have a favorite. I know roughly what kind of references I like – less overt, not one-offs that stand out too much – but it’s kind of a “case by case” thing for me. That’s why I turn to you now!

Do you have a favorite in-game parody or reference that stands out? Something you wish more people knew about? And when it comes to references mentioned, do you have a preference for how they are implemented?