I do not know how Diablo 3 keeps sucking me in. I play both Diablo Immortal and Diablo 2: Resurrected as well as a whole host of other games, and yet here I am playing Diablo 3 again. I think it’s still my favorite diablo (yes, I like it better than D2you are free to disagree, but don’t try to convince me otherwise) and Diablo 4 won’t be here until next year.

Honestly that deal when I subscribed to Wow for a year and got Diablo 3 free? It turned out to be an excellent deal for me as I got a decade of enjoyment out of this game.

HEY NOW YOU ARE A LOBSTAR GO TOGETHER, GO CRAY(FISH)

Q4tQ: Will there be an increase in character slots per account with the addition of a new race AND class (which we’ve heard of or can expect), or should I start deciding which of my beloved kids to go to before Dragonflight get back to the big code cloud in the sky?

Unfortunately, you do indeed get to see Sophie’s Choice and have to choose which of your beloved alt children gets to retire to the Garrison on Draenor forever. At least, if there’s been any sign of them moving the goalposts and giving us more characters, I haven’t seen it.

I MAKE MY OFFER TO ANSWER SOME QUESTIONS, WILL NOT POINT TO ANSWER AND END UP ON EMBER’S

Ask for whatever Matt wants to use: what piece of cut content do you wish had been completed?

There are many, but I’ll try to keep it short and sweet.

There are many more, but that’s three, for now it should be enough.

Q4tQ: Since we will be working with all dragon flights in DF, what are you most looking forward to learning more about?

For me it’s the blues. I run a mage, so magic is pretty much what she’s all about, and I’ve loved the blue flight since doing the quest for Dragonwrath, Tarecgosa’s Rest. It would be good to have some attention on them if they don’t go through another tragedy. And I’m curious how it plays out for the black flight, because that will probably involve Wrathion and Ebonhorn and possibly the Old Gods, which I always like to see popping up.

Sometimes I wish you could hear and see me write this, because just the idea that the Blue Dragon Flight isn’t going through another tragedy in dragon flight made me sniff, roll my eyes and laugh gloomily at the same time. I mean, come on, I even give money to Kalecgos who dies at the end of the expansion.

I personally hope that the Dragon Riders of Loreth’Aran come on. We know they are blessed by Ysera before the War of the Ancients and that at one point they ticked off Deathwing enough that he sent enough troops to overwhelm them and kill them all, even though they put up a great fight and killed dozens of Black Dragons in the process. So when did this happen? During the War of the Ancients? It should have been before the Sundering, but after Deathwing declared open war on the other Dragonflights, and I’m really curious what happened there.

THE TOURIST BARKS AT NOBODY BUT ME

Since my sub expires the first week of August, hopefully I’ll get a break of about 3 months before Dragonflight drops. Not that I’ve played in the past two months, except sporadically.

My favorite salad is a bag of kale.

Just throw it in a bowl and eat it.

Illidan probably just goes to the salad bar and eats a bag of croutons.

HURRICANE ELAINE (THE SHALOTT), THERE WAS HER NAME

Why are PC games limited in the number of saves you can have by anything other than your storage space?

I mean, I think it depends on the game. For example, Assassin’s Creed Odyssey definitely has an puzzlingly low number of savegames available while I have up to 1500+ savegames on Cyberpunk 2077 and still climbing, thank you at 1.06 . to patch† I assume there are probably still some coding limitations inherent in the different operating systems the games run on or the engines used to create them, but I did some sleuthing and found absolutely no consensus on this. 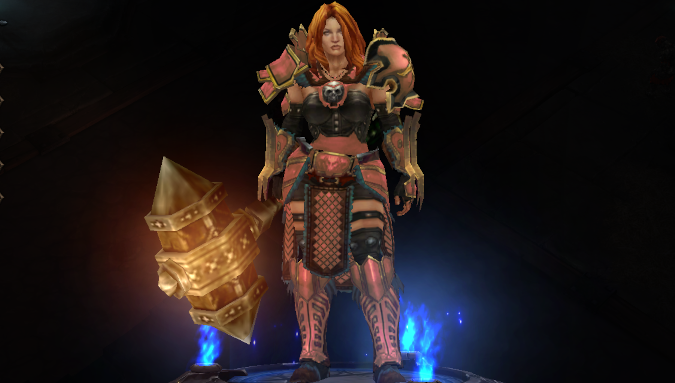 Seriously, it’s been 10 years and I’m still playing this.

This was the queue, I’m Matt, see you next week.