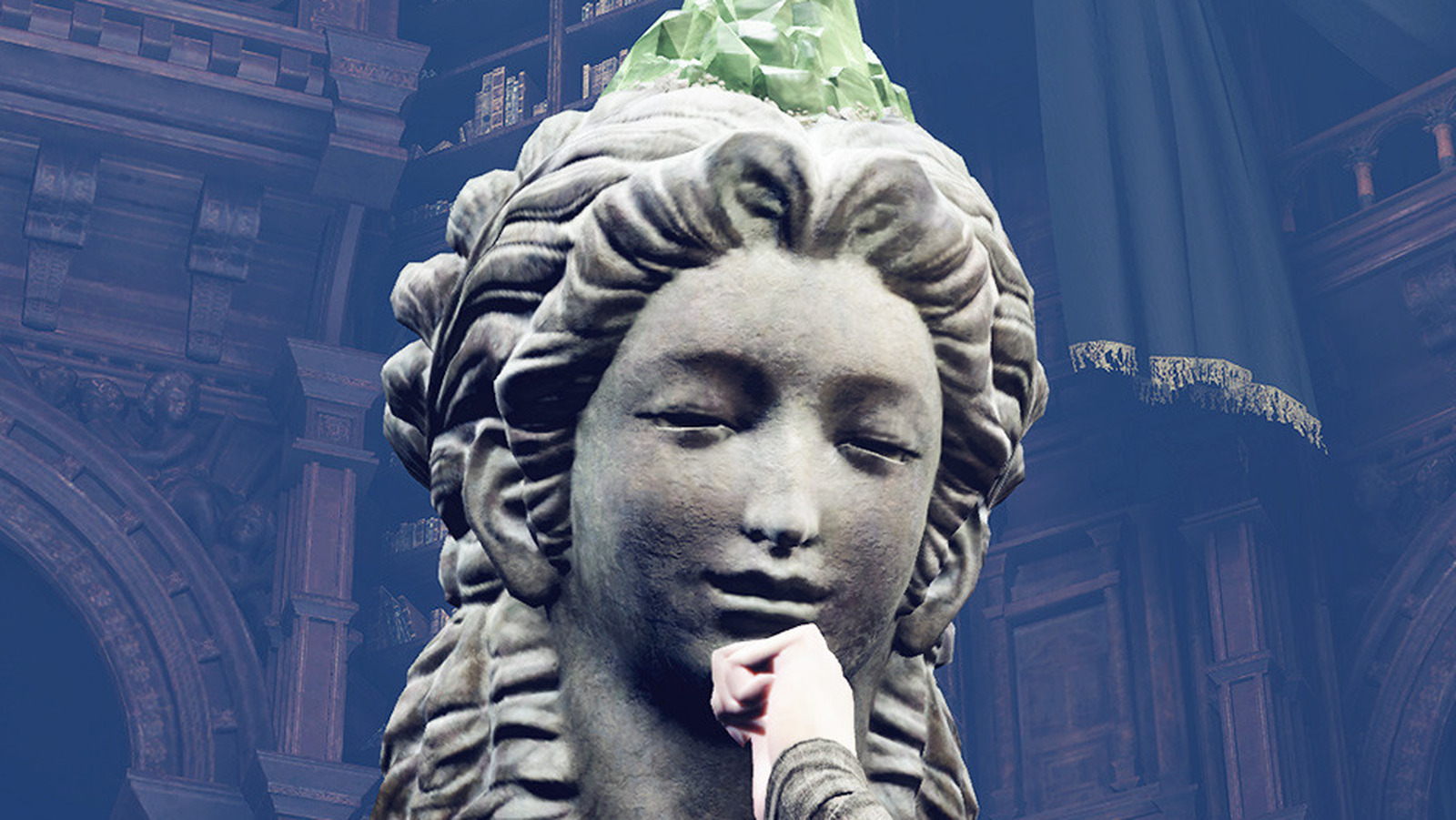 The first step is to find the NPC that will teach you the gesture. Thops is a former student of the Academy who can be found at the Church of Irith, located in the extreme south of the Converted Fringe Tower itself. Thops will give you his sidequest if he asks him about the Academy Glintstone Key. The quest requires you to progress past the Red Wolf of Radagon and gain access to the Debate Parlor Site of Grace. If you take this as a starting point, you have to go over the roofs to take the key from the top of the chandeliers of the Church of the Cuckoo.

Once you’ve handed the key to Thops and learned the “Erudition” gesture, you’ll need to find a Glintstone Crown. Keep in mind, though, that only the five crowns in the Academy itself are eligible for solving the puzzle: the Lazuli, Twinsage, Karolos, Olivinus, and Witch Glintstone crowns. If you’ve been thorough exploring this far, you probably already have one of these; if not, the Karolos crown can be looted from a crystallized crab just a short jog from the Debate Parlor (per gamer guru†

After that, all you need to do is equip the crown and perform the gesture in front of the closed door at the tower. There is another enemy past the door so be careful and enjoy your new spells.